Paid Sick Leave – Is It A Good Thing for Employers? 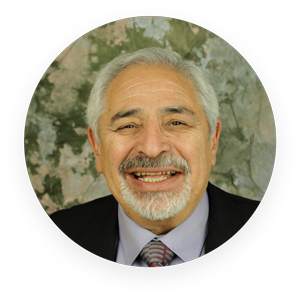 When I started work many decades ago, people who came to work sick were considered heroes. To leadership they demonstrated commitment and selflessness. Those who stayed home when they had a cold, or the annual flu were considered slackers and poor workers who took advantage of sick leave plans to get paid days off when the symptoms were mild enough that they could just as well come to work instead of staying home. The fact that, especially in winter, the workplace was full of sneezing, coughing workers was seen as normal. Everyone gets colds in winter was the accepted view. The workers and supervisors never made the connection between staff coming to work sick and making others sick as well.

Then SARS hit us in 2003. Society finally made the connection that infectious workers coming to work would be making other workers sick and miss work. SARS was deadly and employers impacted by SARS recognized that has long as the virus was present, they had to prevent sick people from coming to work. At this point I realized that we were wrong in valuing those employees who were coming to work sick. This situation was costing employers valuable productivity. Sick people had to be replaced or did without. Either way productivity was negatively impacted and letting sick people come to work just made matters worse.

Today what the Ontario Government does not appear to understand is that by dragging their feet on providing a minimum of 2 to 3 days of paid sick leave is that it encourages sick workers to go to work. With COVID-19’s ability to spread easily to others it creates staffing/productivity problems. This has been prevalent in the long-term care sector where there are a considerable amount of low paid part-time, casual, and agency workers providing essential care. Similarly, the same thing happens in factories and warehouses where the workplace is crowded and is full of low paid workers. Almost all of them do not have access to paid sick leave. They also live pay cheque to pay cheque and cannot afford to take time off work.

Let us look at a typical scenario that repeatedly happens in these workplaces. If one of these workers starts to feel unwell they must make a very serious decision for a person in their financial situation. Go and get tested or go to work. If they are tested and are positive for COVID, the Federal Government sick leave program, as lacking as it is, kicks in and in a few weeks they will receive financial support. However, if after two or three days wait the result comes back negative it becomes a good news bad news scenario. It is good news in that the person is not ill and can go back to work. It is bad news in that they will have lost two to three days’ pay. The Federal program does not cover these absences because the person was not sick. Given the cost of living, many of these workers will not be able to afford a loss of two to three days’ pay. Therefore, most of these workers will continue going to work and hope that whatever is ailing them is not COVID. In the meantime, the symptoms continue. They are now too sick to come to work, they will have spent several days at work spreading the virus to others. As we have seen, this creates havoc, as more and more workers get sick the workplace becomes unsafe but also productivity is negatively impacted. If the original worker had been able to get paid while they got tested and was off work this scenario would not have happened.

Going forward employers who do not provide even a minimum of paid sick leave will be creating a scenario like the example above where sick people come to work and infect others. The outcome will be much conflict with employees and/or Unions for failing to provide a safe workplace. However, there is another significant reason for employers to embrace paid sick leave. This pandemic has shown how devastatingly easy this virus spreads and many workers will get sick creating a productivity nightmare.

Experts are saying that while vaccinations will allow economies to reopen and recover, variants will continue to develop. Ensuring prevention of the spread of the virus in the workplace will become a major objective in order to protect workers and as well as productivity.

Lastly, employers must accept that the culture of making heroes of people who come to work sick must change. Employees are to be made to feel that prevention of spreading illnesses is really the most important outcome for the health and safety of employees and for productivity.

Subscribe to our quarterly newsletter to receive important HR updates, resources, articles, and more right in your inbox.

Designed and developed by Play Media